Food vloggers put a lot of effort into giving their audience an original culinary experience. At the same time, their success as presenters is largely dependent on them.

Check out some of the most well-known Indian food vloggers who have already captured the attention of Indian foodies with their writing.

With more than 10 million subscribers, she is India’s most popular female YouTuber and one of the most well-known chefs for Indian food. and one of the top ten most subscribed cooking channels in India is her YouTube channel.

She also contributes food pieces to a number of websites, including those run by the prominent Indian periodicals Dainik Bhaskar, Amar Ujala, Indian Express, and Times of India.

Her YouTube channel is primarily recognised for its vegetarian Indian dishes. Her expertise is Indian food, and she shows her audience how to quickly prepare handmade Indian food.

They are referred to as “Rocky & Mayur” collectively. Currently, their food vlogging videos can be found on the “History tv’s YouTube” channel frequently.

They at one point rose to fame on the “Highway on My Plate” programme on ND TV. The two have been dazzling Indian audiences as the country’s oldest culinary bloggers for almost fifteen years.

Chef Yaman Agarwal of Shooking is a budding chef, culinary enthusiast, and food addict. Watch him cook on his official YouTube channel. He approaches cooking like a game.

When he was 12 years old, he used to like watching his mother prepare meals. He first tries new things out in a number of places in Hyderabad before vlogging about them. He undertakes his own research and experimentation to get it properly. He says he taught himself.

Yaman tried out a new variation of his recipe on July 4. He had the brilliant concept to create a tricolored halwa. Then he got the wonderful inspiration to bake a cake with three colours. He prepared three toppers in various colours. It says that the cake simply turns out to be three different colours when you cut it.

Although he was initially headquartered in “Delhi,” he elevated the exquisite cuisine of various Indian locations. A few years ago, “Baba ka Dhaba” became widely popular thanks to a video. Additionally, he possesses the ability to present material in a very fluid and engaging manner.

Tanmay Sharma only became well-known among Indian food enthusiasts by experimenting with vegetarian cuisine. 2.83 million people subscribe to “Veggie Paaji,” his YouTube channel. As a result, it is obvious how well-liked it is among Indian foodies. At the moment, Vegan’s channel of choice is his.

In 2017, Indian food hunter “Harish Bali” launched his vlogging career. He is the proprietor of the well-known and prosperous food-related YouTube channel “Visa 2Explore.”

His YouTube channel is subscribed to by 1.53 million people. Through his channel, Harish recalls his encounters with common street fare in a number of various Indian cities and locations.

You may get information about popular recipes from numerous renowned restaurants on his channel in addition to information on street food.

In our ranking of the top 15 food vloggers and bloggers in India, Karan Dua of the Dilsefoodie Official channel comes in at number six. After beginning his YouTube career in 2017, Karan Dua entered the realm of food exploration in 2017.

His YouTube channel, Dilsefoodie official, has 2.01 million subscribers as of 2021, and his videos are quite well-known.

Owner of the YouTube channel Bhooka Saand and food explorer Punjeet Singh. His most well-known work is exploring and reviewing street food in different Indian cities.

Punjeet Singh takes his audience a virtual tour of street food and describes the greatest locations to eat in India on this Bhooka Saand Meal Channel, which is modelled after a food guide. Punjeet Singh, a food blogger for Bhooka Saand, has been highlighted by Josh Talk and BBC News.

Foody Vishal is a newcomer to the food blogging industry, but he is progressing quickly and receiving a lot of views on each of his videos, so we decided to include him in our list of the Top Indian Food Vloggers.

Due to his daily Youtube Trending Videos, Foodie Incarnate Channel is well-known to everyone. Foodie Incarnate Amar Sirohi is a newcomer to food blogging in India, but thanks to his content, he has quickly attracted a sizable following.

Foodie Incarnate is well known for his street food-themed YouTube short videos, which consistently rank at the top of the site’s trending video list. Due to the fact that he is a new food blogger, and we considered many different aspects in addition to channel views, we are placing him in position 10.

All are familiar with Priyanka Tiwari because you’ve probably seen her in a number of TV shows, like Choti Bahu, Sai Baba, and others. Due to his passion for food, this TV actor is now a full-time food blogger. She has visited numerous locations for Indian street food. ABP News Channel features Priyanka Tiwari as a Digital Star.

Nikhil Chawla is best recognised for his original Food Explorer, we suppose. Nikhil has been blogging about cuisine since 2012 when he founded his YouTube channel and began uploading videos. “Hmm” Chanel has 1.2M subscribers as of 2022. Numerous newspapers, radio stations, and news TV networks all include the Hmm channel.

The channel’s creator, A. Gopinath, a 27-year-old Salem resident who quit his job at Infosys to follow a goal that first entered his mind in Class VII, is the mind behind Village Food Factory.

A family stays together when they eat meals together. A YouTuber from Tiruppur, a town near Coimbatore in western Tamil Nadu, has taken this age-old proverb a step further by enlisting the assistance of his family to cook and record videos together.

In the process, he established a YouTube culinary channel that now has over 4.7 million global followers and 6,000 daily visits.

One of the most well-known food bloggers and vloggers in India is Anubhav Sapra. The owner of the Delhi Food Walk YouTube channel is Anubhav Sapra. In Delhi during his college years, he started food blogging, which he has been doing for the past ten years. Later, he broadened his ecosystem by bringing foreigners to Delhi, where he sponsored an excursion for them to sample Delhi’s street food.

India’s Top 15 Food Vloggers and Bloggers were the subject of this post. We sincerely hope you enjoyed it and encourage you to visit their YouTube channel for more food-related videos. Share your story with us in the comments area below. 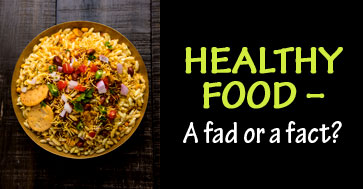