Have you ever wondered who might have thought of mixing spirits with sugar, juices and bitter to make unique cocktail blends? It is interesting to know that a mix of drinks called “sling” predated today’s cocktails. Sling had the same blend, that is, a stimulating drink consisted of liquor, sugar, water, wherein bitter is the added ingredient of the cocktails.

Cocktails were originally conceived as an American innovation, nonetheless, it was at least partially derived its inspiration from the 18th-century British punches. Punches were sold in punch houses. They were made of spirits mixed with fruit juice, spices, and other flavours. Even the term “cocktail” was seen for the first time in March, 1789 in a British newspaper.

Though the primary goal of cocktails is “simulation”, it helped evolve the art of bartending. The evolution of bartending into an art is majorly attributed to the most famous bartender of those times, Jerry Thomas. Fondly called “Professor” Thomas, he was Connecticut born, prolific in bartending, worked all over America and Europe. He wrote the famous book The Bartender’s GuideorHow to Mix Drinks, which is an encyclopaedia of mixed drinks for bartenders till the present day.

Now imagine going to a bar and getting a cocktail in a tall glassa tiny paper umbrella and a twist of orange peel on top of it at tepid room temperature! Who would want a cocktail like that? An essential ingredient ice was missing then. How did ice then land up in the cocktail glasses back then? By a crazy-enough guy who thought he could haul ice from the colder climates to warmer ports when the ship was the fastest transport to undertake such a task, but most ports were not equipped to keep eyes from melting during transit. After many failures, Frederic Tudor’s venture succeeded in bringing ice to United States, resulting the explosion of cold cocktail consumption.

After a lull cocktail culture was back on track since the mid-20thcentury. In the 90s or thereabouts that a select but ambitious group of bartenders began reviving the classic cocktail culture of Thomas’s time, focused on bringing historical values and strict quality standards back to a craft. Today classic and historical cocktails might be more readily available, but not all found inThe Bartender’s Guidewill make it to international cocktail menus anytime soon, though they have fun names like Brandy Crusta and Port Wine Sangaree. Yet, you may be able to get a good Milk Punch or even lucky enough to watch a really skilled bartender pour liquid fire for Professor Thomas’s signature Blue Blazer. 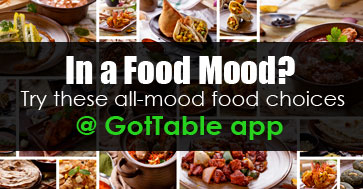